Another country has been added to the list of where wintering Black-headed Gulls in Northern Ireland were originally ringed.

Thanks to Lowell Mills who passed on details of a metal ring he managed to read at Antrim Forum back in October.

Lowell was able to read the number and to make out the letters "BEL" on the address and reported the number accordingly.

Just this week, Lowell got word back that this bird was ringed as a chick on 10 June 2006 at Nespish Lake, Braslav in Belarus.  That's a movement of 2095km, making it the largest distance travelled by any of the birds we've reported here. 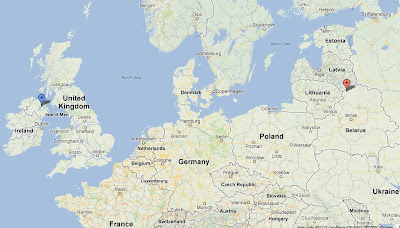 This is the eighth country of origin of ringed Black-headed Gulls recorded here this winter, along with Iceland, Ireland, Scotland, England, Norway, Poland and Lithuania. 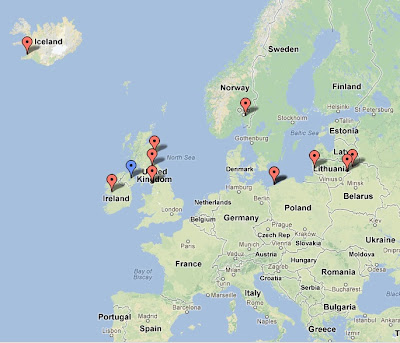