This is the 100th post on the blog and wouldn't it be great if I was reporting breaking 1000 re-sightings? Well, if you suffer from OCD, look away now.

We currently have received 969 re-sightings, just short of the next milestone of 1000 re-sightings. This wasn't helped by the fact that a three hour visit to Antrim yesterday wasn't even rewarded with a sighting of a gull, never mind a ring!

Better news during the week, however...following a bit of detective work by Mark Grantham at BTO and Gareth has meant that, while we do not know the individual bird, we know that the mystery foreign bird from last weekend originated in Finland.

This is the second Finnish bird to be recorded here this winter, after I reported a first-winter bird at Newcastle in November (below). 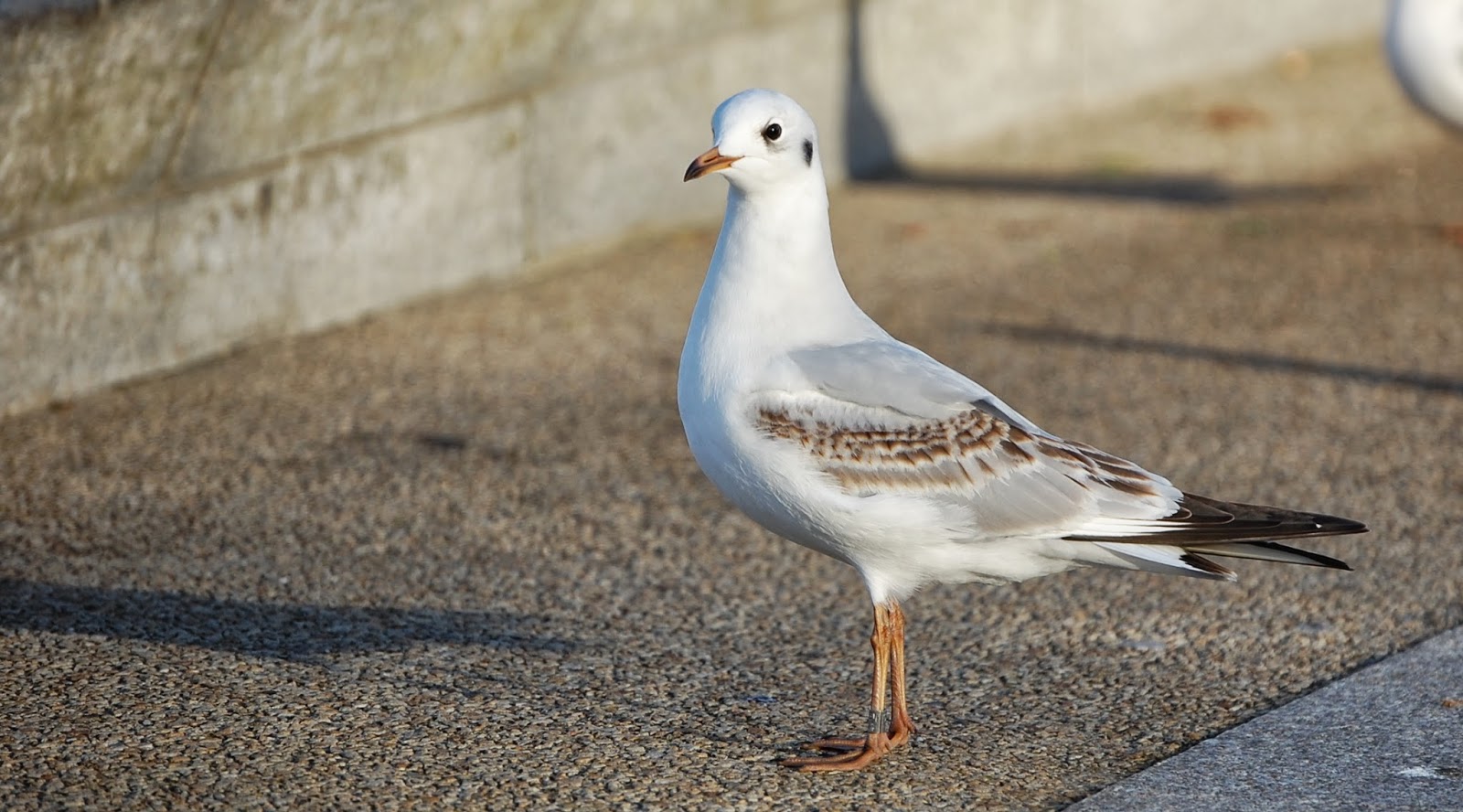 Gareth also heard back about a ringed first-winter Common Gull he had seen last month. It was ringed as a nestling at Hunterston in north Ayrshire by Clyde Ringing Group in June and was recorded at Lough Neagh in early February.

Many thanks to Gareth for all the information and all of his effort recording and reporting ringed gulls this winter.