I'm just back from a fantastic week spent exploring Varanger in Norway, which included a stop-off in Oslo where we managed to spend a couple of hours sightseeing and reading colour-rings at the seafront! More about that to follow, but just before I headed off, I recorded a colour-ringed Black-headed Gull at Dargan on the Co. Antrim shore of Belfast Lough.
The bird was fitted with a white ring, with the inscription E6HA. Unfortunately I didn't have my camera with me, and all I managed to get were a couple of dodgy digi-scoped shots with my phone. 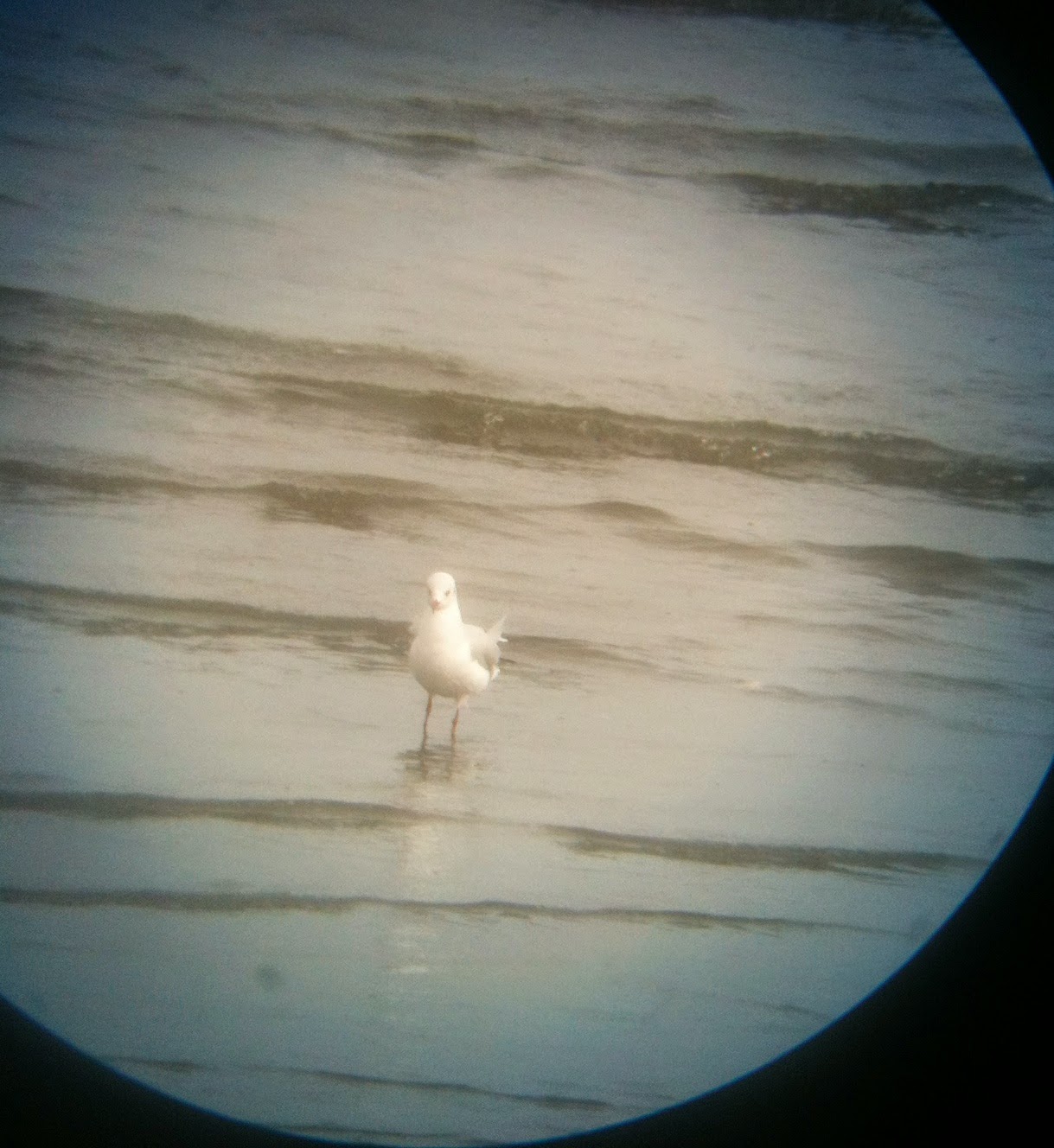 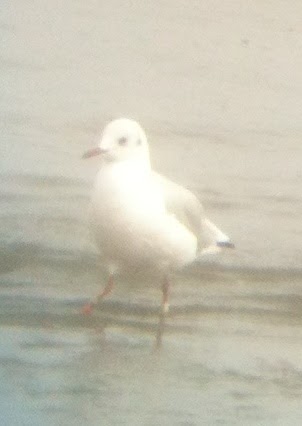 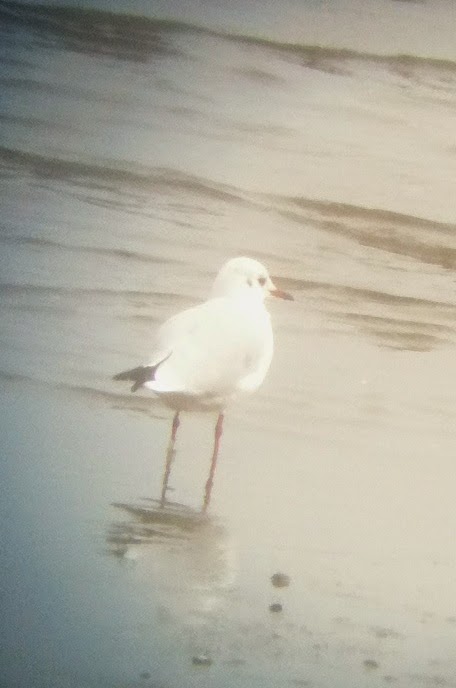 I sent an email off to Frank Majoor and while I was away he replied to let me know that the bird had been ringed as an adult at Harlingen in The Netherlands on 1 July 2010. It was sexed as a male.
It was recorded twice later that same month, both times at the ringing location, but it wasn't seen again until my sighting on 17 September 2014. Where has it been during the 4 years between sightings?!
Many thanks to Frank for the information.