Having problems telling your Med or Little Gull from the Black-heads?

Well, perhaps this will help.

During last week, I accompanied Matthew Tickner of the RSPB on another visit to Blue Circle Island in Larne Lough. We were heading out to check for Roseate Tern chicks as, in return for being given permission to ring gulls on the reserve, I am the designated ringer for any Rosey Terns on the islands in Larne Lough. Not a bad compromise, eh?!

Unsurprisingly, things are starting to quieten down as the breeding season edges towards an end. The number of Black-headed Gulls has dropped with only a couple of hundred birds hanging around. There were plenty of large young standing around on the rock armour which surrounds the man-made island.

As we approached the island, we heard the unmistakable "kriack" of an adult Roseate Tern, so upon landing we quickly got to work checking nest boxes. Unfortunately we didn't locate and chicks, but we'll head out in a week or so for another check.

I took advantage of being on the island and had a quick walk around and ringing a couple of late black-headed gull chicks.

I also managed to catch a young Mediterranean Gull and, knowing that Sean Kingston had sent me some of his Med Gull colour-rings up from Dublin, I was looking forward to telling him he had another bird to add to his database. Imagine my disappointment when I checked my bag and realised I'd left the colour-rings at home! Doh!
A sheepish email apology was swiftly dispatched, sorry Sean!

Common Gull ringing - and other unmentionables!

On Friday afternoon, I accompanied Shane Wolsey on our annual expedition to Big Copeland Island to colour-ring Common Gulls as part of his on going study (see here and here).

The weather was idyllic and we got to work catching large Common Gull chicks in one of the sub-colonies on the island. 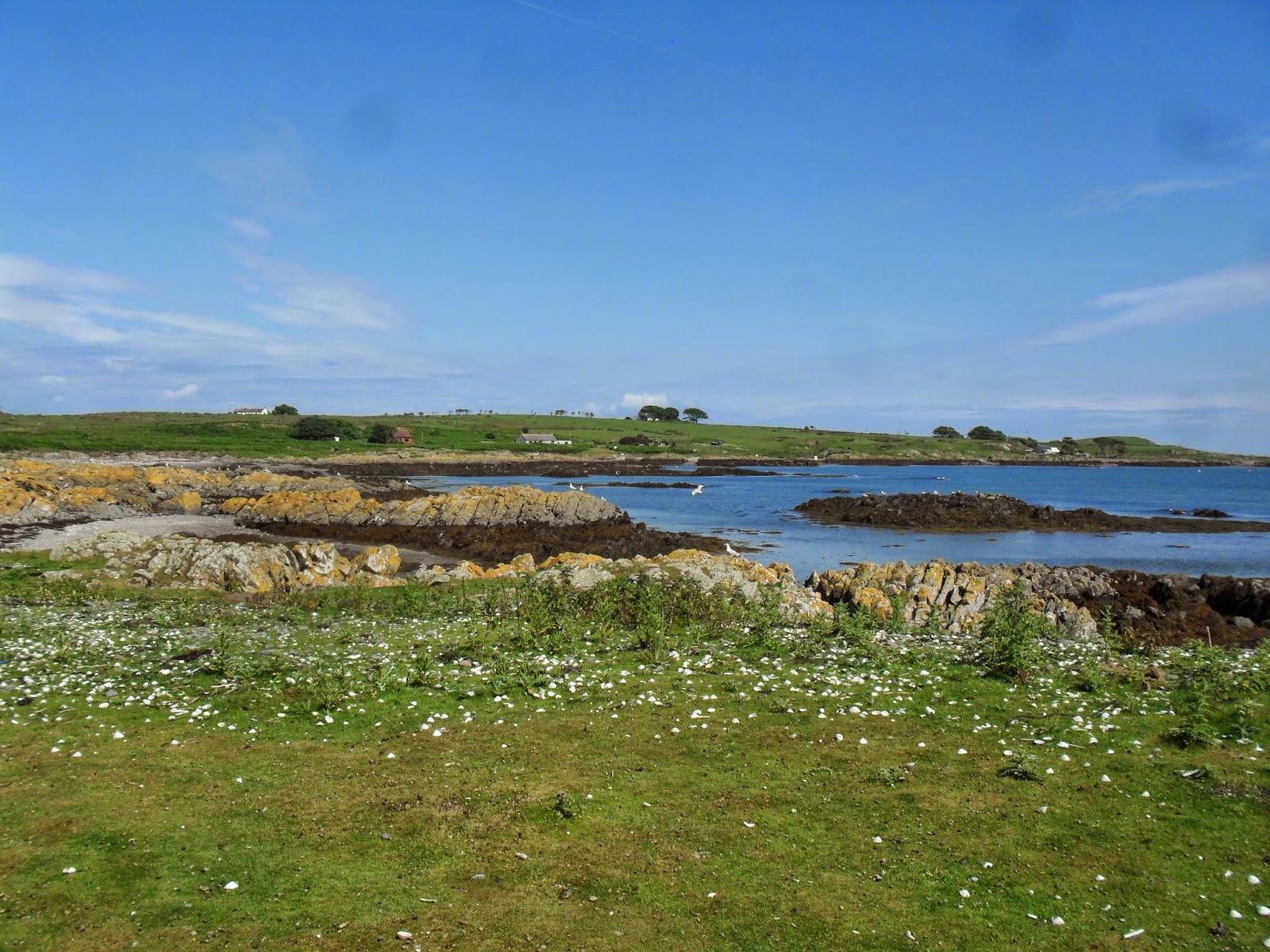 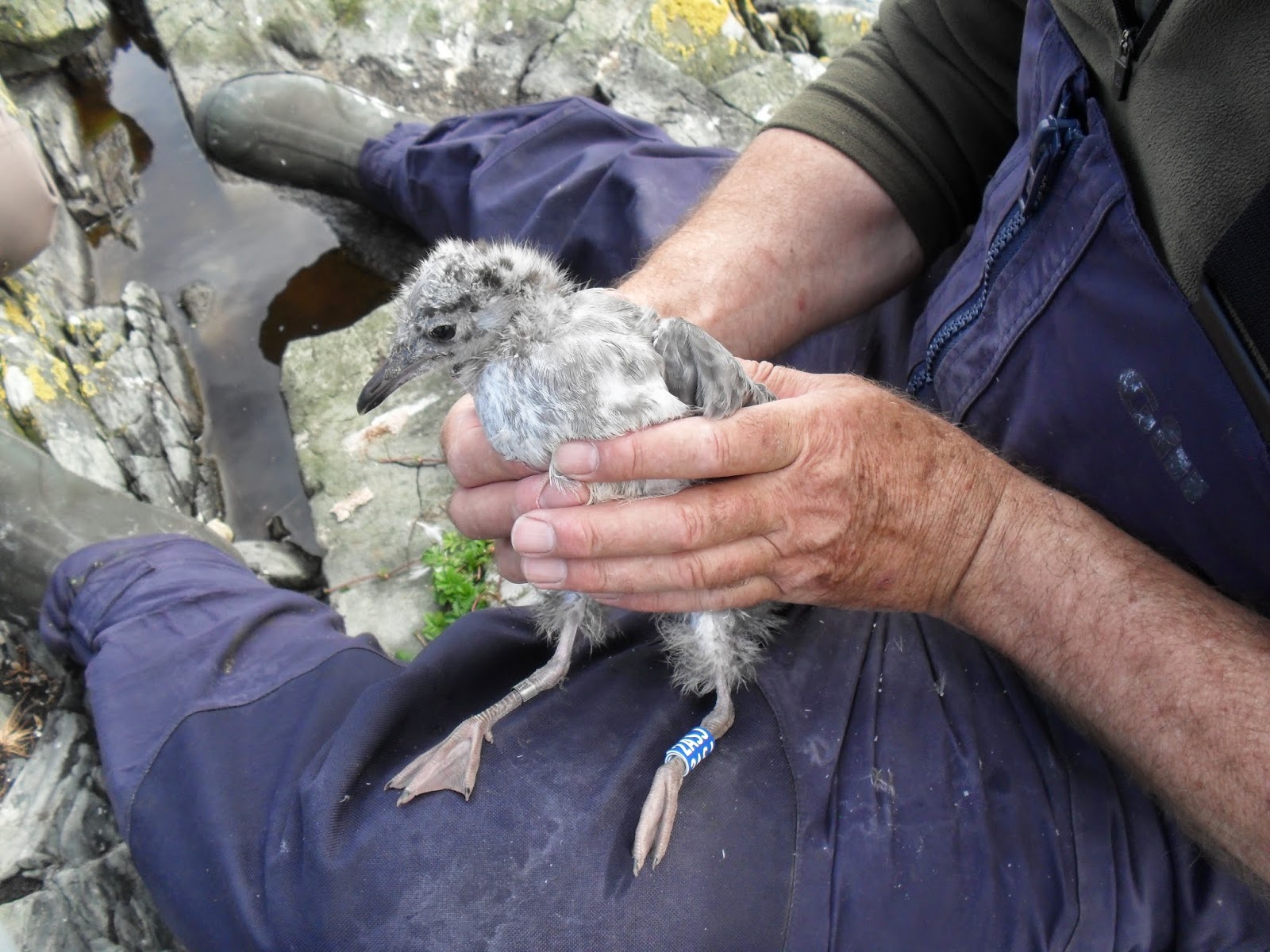 Also with us were Ron Price and Aoibheann Canavan, a Behavioural Ecology student who, how do I put this? Let's just say her study is different!


As part of Aoibheann's work, she is looking at the bacteria present in the "wrong" end of the bird, which required taking swabs from the birds' cloaca. I told you it was different! 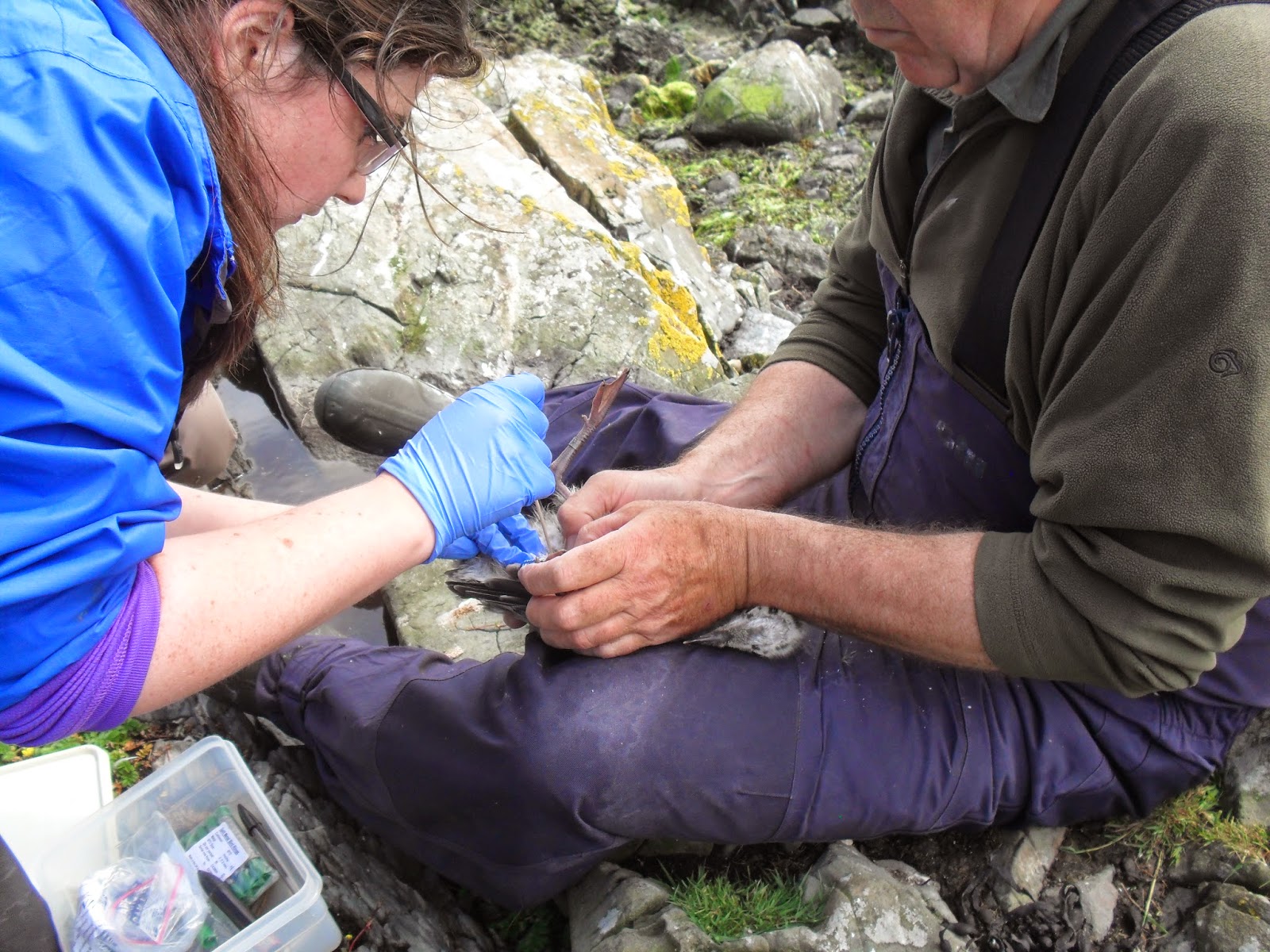 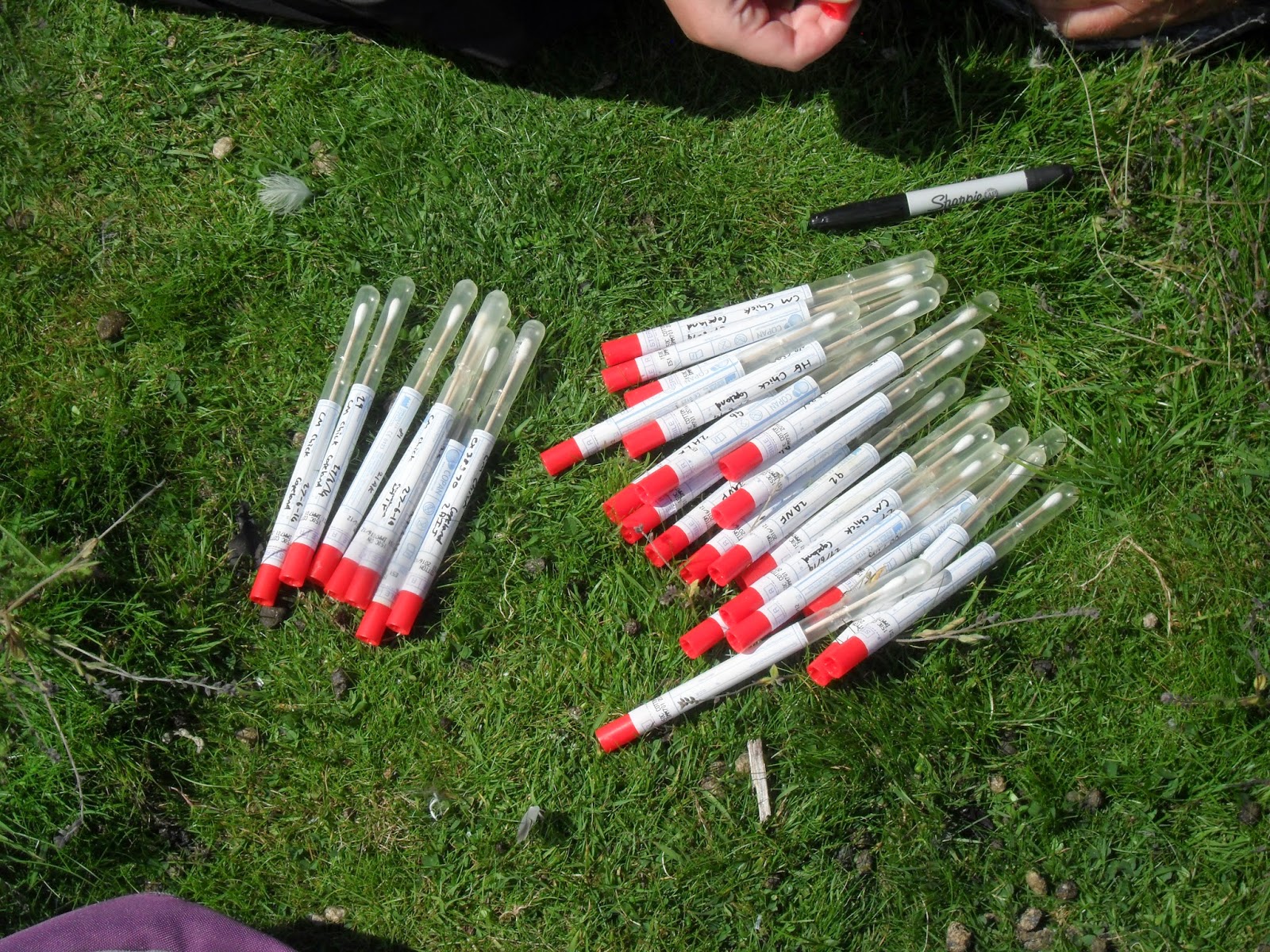 It's great to see more people getting involved with studying these fascinating birds.

During our ringing activities we discovered several birds which appeared to have infections in one or both of their feet, which prevented a colour-ring being fitted. The infections ranged from a loss of skin to growths. I'd be interested to hear if anyone has any suggestions over the cause. 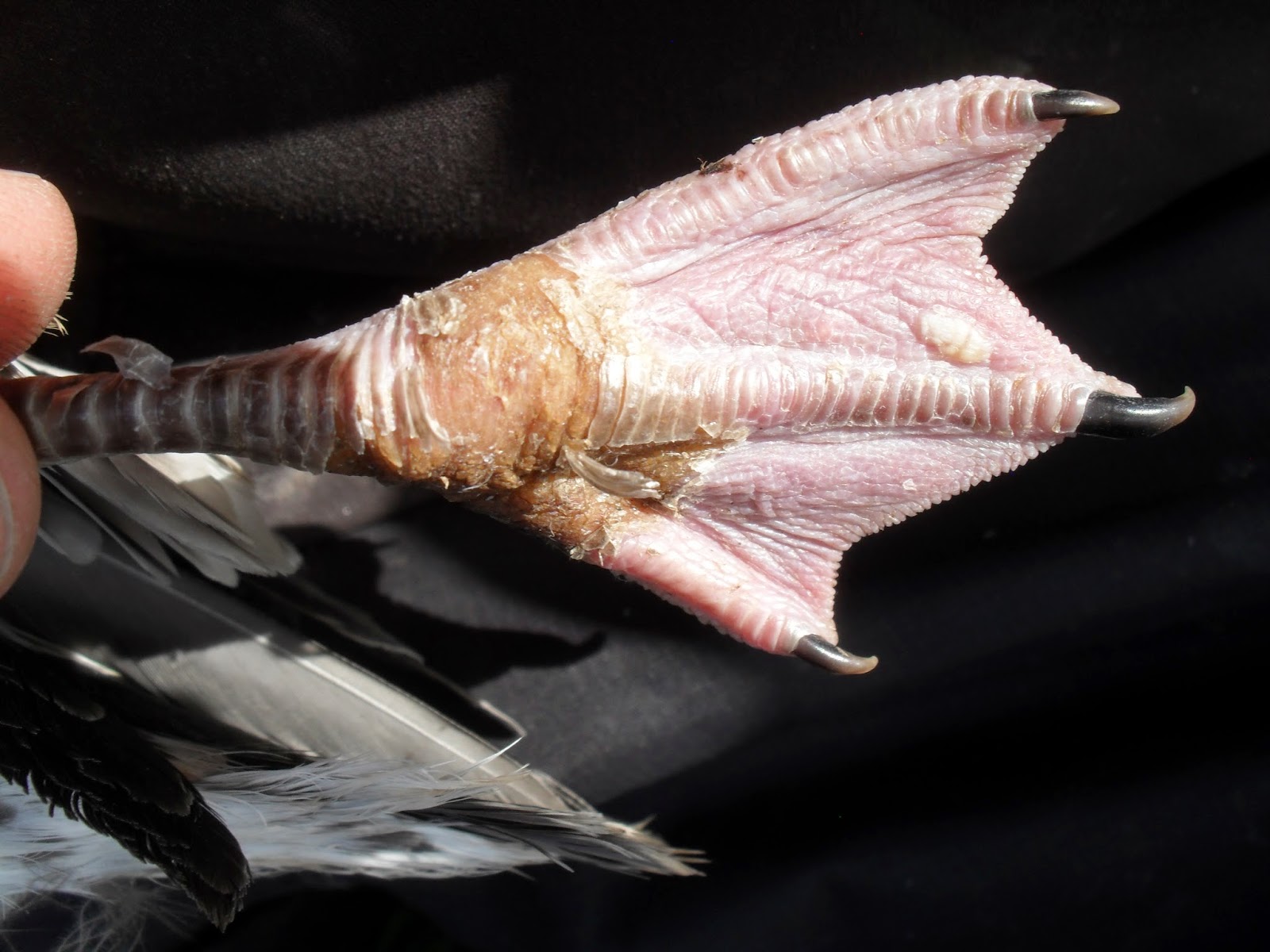 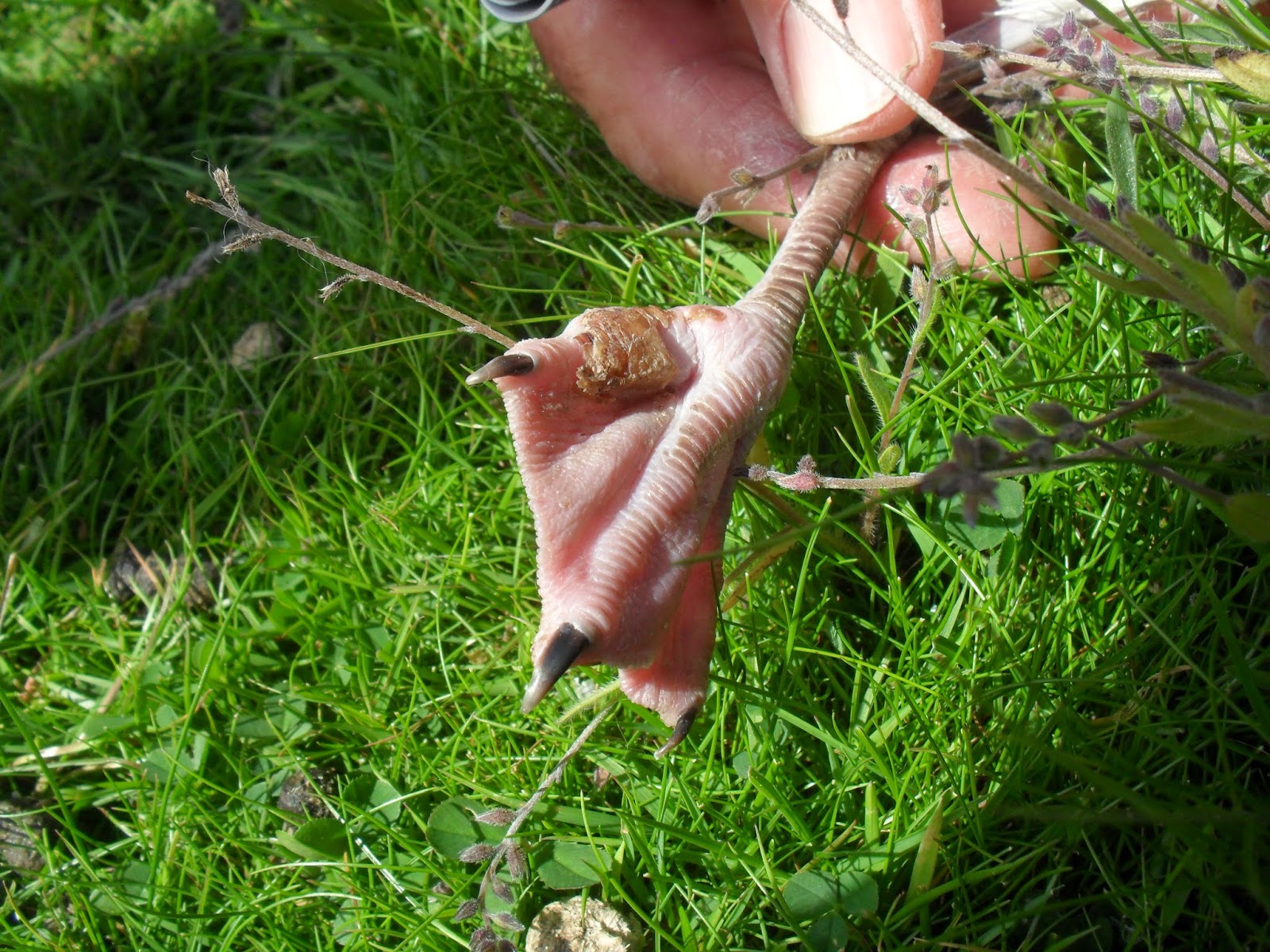