Last weekend, I made my first visit of 2013 to one of my favourite places in Ireland, Copeland Bird Observatory (CBO).

CBO is located on Old Lighthouse Island, part of the small archipelago which makes up the Copeland Islands, a few miles of the County Down coast, just south of the mouth of Belfast Lough.

The Copelands are home to thousands of seabirds which come here to breed every spring, including a small colony of Black-headed Gulls.

This year, for the first time, the species has bred on Old Lighthouse Island where we spent the weekend. As they are amongst the large colony of Arctic Terns, however, the decision was made not to attempt to ring any BHG as it would cause too much unnecessary disturbance to the terns.  Welfare of the birds is paramount and as disappointing as it was not to get a chance to ring the BHG, we did manage to fill our weekend with some other brilliant species, including a couple of bigger gulls.

Anyone who has ever handled large gulls will appreciate the photo below of the female LBBG hanging off my wrist!  Never let your guard down with these big brutes, or else they'll grab onto the nearest body part!!


As well as gulls, we also managed to catch a splattering of passerines, a Sparrowhawk and this brilliant looking female Water Rail.

Although we didn't get an opportunity to fit any colour-rings to BHGs, I thought I'd add a splash of colour to the blog by putting up some photos of the wonderful array of flowers which cover the island, including Sea Campion, Red Campian, Bluebells, Scarlet Pimpernel, Forget-me-not and buttercups. 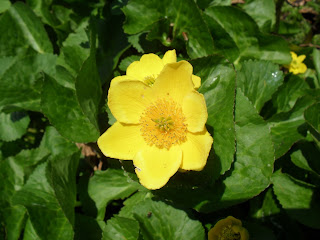 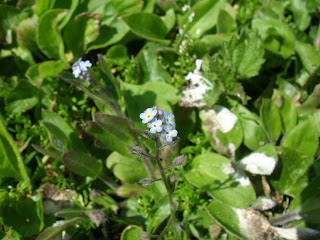 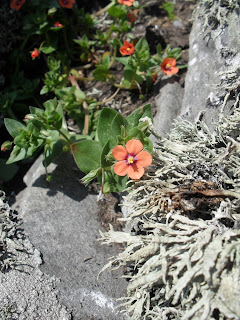 Copeland is a magical place and if you've never visited, you should make an effort to get out to this seabird paradise.  It is one of the best places, if not the best, in Northern Ireland for getting fantastic views of Manx Shearwater, Stock Dove, Puffins, Black Guillemots, gulls and terns...to name a few!